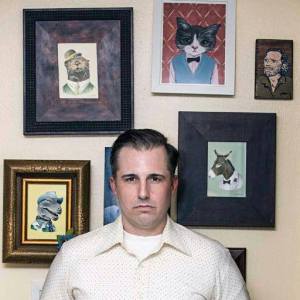 Many years ago Kirk Novak was born upon a mountaintop in St. Louis, Missouri and given to a poor family after being weaned in the bosom of a great and terrifying tentacled monster.

Kirk has wandered near and far, settling in Chicago and Los Angeles, attending the Second City, Upright Citizens Brigade, and Nerdist schools of comedy, whereupon he learned he is not a very funny person.

He is a member of the Burbs house sketch team at The Ruby LA. If you’re in LA why don’t you stop by and see them some time.