We, at Drinkers with Writing Problems, tend to have paralyzing problems with writing. On occasion, we all get stuck and need something to prompt us to write something fun. You can find out more about us by clicking here. A favorite way we prompt each other is by finding inspiration in current topics and sometimes, even playing off of each other’s work. Please enjoy an example of this below (published in 2013) and if this inspires you to write something just as silly, feel free to submit it to DWWP through our contact us tab.

M*E*T*H: Walter White, Jr. joins the military and is shipped off to fight in Syria and finds that laughter and cooking meth is the best way to deal with the war.

Saul in the Family: Saul Goodman marries Lydia Rodarte-Quayle and adopts Holly White and they all play the piano together and shout out racist remarks.

Welcome Back, Gustavo Fring: After a tragic accident at a hospital, Gustavo Fring returns and joins the cast of The Walking Dead.

White and Son: Basically, it’s Breaking Bad – old man with an established business wanting to teach a young guy how to run it – the only difference is that Walter White is now played by Idris Elba and Walt Jr. by Bruno Mars.

Top Cook: Jesse Pinkman is a host of reality tv show where 21 of the best meth cooks around the country use their skills to compete for the title of Top Cook; the various tests of skills will include how to properly set up your RV, cooking for color, and how to take a brutal beating.

Late Night with Hector “Tio” Salamanca: A late night tv show where Hector Salamanca interviews a variety of celebrities and musicians; communicating only through the use of his bell.

The final chapter of Breaking Bad has played out operatically, and the series has begun to fade from public consciousness. Now is the time to milk that cash cow for all that sweet, sweet butter.

Yellow Cab: Skyler White, now Skyler Lambert, takes her experience as a taxi dispatcher and moves to New York City to start a new life with the Yellow Cab company. Unable to escape her past, and confronted with new horrors on the mean streets of NYC, she begins a steady descent into madness. A serialized “reimagining” of Taxi Driver. 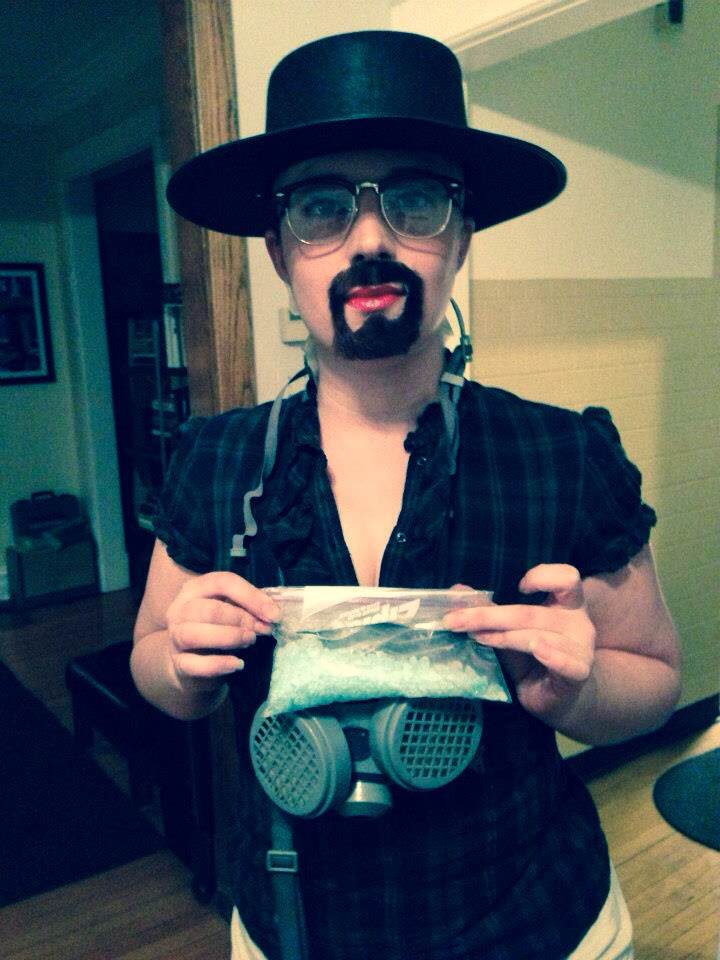 Adventures in Babysitting with Todd: A younger Todd Alquist takes a job babysitting a 15 year old and an 8 year old to earn money and impress his Uncle. Crazy adventures ensue when the kids get caught up with Todd in various zany white power schemes as he learns that babysitting is the hardest job of all.

Gomez and Hank: Two men working this closely for this long develop something more than friendship. They struggle to maintain their intimacy while concealing it from DEA brass and their wives. Brokeback Mountain meets NYPD Blue meets the Shield.

Chemistry for Kids with Walter White: Walter White makes learning chemistry fun and easy on this weekly PBS series. Each week is presented like a piece of a puzzle and at the end of the season your children have learned how to make a powerfully addictive methamphetamine. Science is fun again. The dark side of Bill Nye.

Today in Real Estate with Jane Margolis: Jane Margolis lets you know if the apartment next door is for rent or not for rent, and she does a lot of heroin. Rush meets the Money Pit meets Survivor.