I have recently read a lot of commentary about how the prevalence of smartphones are a scourge upon our society the likes of which has not been seen since the cholera epidemic of 1849. It sounds familiar. I remember how playing video games in the 80s were supposed to cripple my hands and ruin my eyes. They said the same thing about masturbation. Since I reached puberty about the same time that I got a ColecoVision, I cannot say which joystick I played with more, but I still possess a full range of movement in my hands and I can see you perfectly with my 20/20 eyesight.

I realize that staring at my smartphone while you are trying to have a conversation with me is insensitive and rude. I know that answering a call or responding to a text is very inconveniencing when done at inappropriate moments. I understand that people waste inordinate amounts of time playing casual games and looking at pornography. I don’t think that because some people are not able to conscientiously use a device that it wholly condemns that technology simply because you are annoyed. That would be analogous to shutting down the government because a small minority of legislators don’t like health care reform. It is reactionary, and the supporting argument is so poorly constructed as to be absurd.

Studies/opinions show that people believe that readily available access to information reduces our ability to retain and recall what we discover. Have any studies been done that show readily available information filters out and reduces the amount of bullshit that is disseminated? We don’t take anything at face value anymore. For example, that person we all know who tells a very convincing story that is completely bogus, but they believe to very core of their being that it is the truth. That person is no longer the king or queen of conversation, but a pathetic court jester for your amusement because you have a magical fact check machine in your pocket at your immediate disposal. When that family member sends you a vaguely insurrectionist email proclaiming that the Kenyan Muslim illegal President Barack Hussein Obama is going to personally ring your doorbell and take your guns away in a big white sack laughing to the smelter while jackbooted thugs with automatic rifles storm your home and force you to have health care at gunpoint, you can reply to them with confidence that only the latter part is true. They won’t listen to or believe you, and they will continue to send you increasingly insane conspiracies, but you can certainly tell them they are wrong and bask in the warming glow your superiority.

That is one reason why people don’t like smartphones, because it proves that they aren’t as smart as they think they are.

The argument that smartphones are bad for society is only made from the perspective of privileged middle class people securely insecure in their existence. Look at it from another angle and you see that the revolution will be tweeted and rebels will Instagram pictures of the rotten fruit they found in a bombed out bodega and ate for breakfast that day. Entire uprisings have been coordinated, executed, documented, and reported using smart phones. A smart phone is a tool of the proletariat, which is why the ruling class always shuts that shit down when poor people act above their station. Yes, gangs of delinquents have used the same techniques to beat old white people senseless and steal the change in their pockets, but since they always record this dumb shit on their smart phones it gives police solid leads and tangible evidence to hand to prosecutors! Not to mention, adapting technology to criminal use is arguably an American tradition that drives innovation more than any R&D lab at Motorola. It also shouldn’t be used as an excuse to use isolated incidents to support the premise that smart phones are bad because that is inarguably demonstrative of spurious critical thinking.

I like smartphones because they empower me. I understand the counter-argument, that smartphones dehumanize us and trivialize our personal connections. The human experience is being vacated. For someone like me, my life is enriched. I can text with you to converse because I would never have answered your phone call. I can keep in touch with dear friends through the soul sucking magic of social media, because the older I get the more the people I love are scattered across the globe. The awkward moments where I am unable to adequately socialize with unfamiliar people are no longer interminably painful seconds that drag on for what feels like hours, but brief hiccups where I can occupy myself reading about the latest dance craze or marking very important email messages as spam, instead of panicking and fleeing. Likewise, I can occupy myself for hours if I find myself in the company of suckers. My smartphone, my virtual-benzodiazepine, my friend.

You can pry it from my cold, dead, hands. 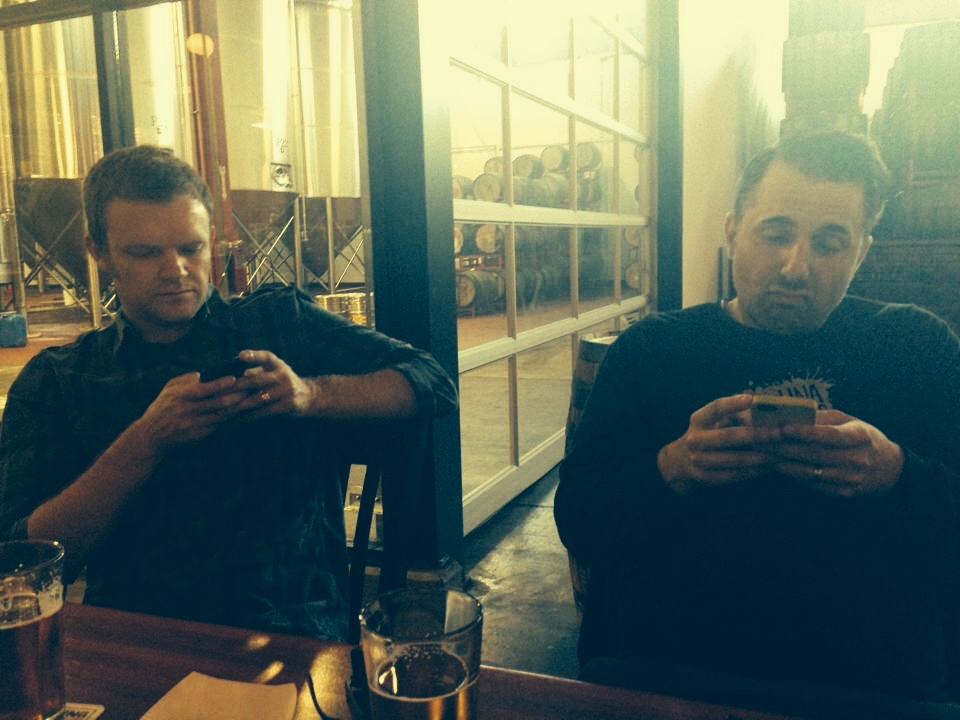 Author’s Note: The next person who complains about a “crappy cell phone photo” and isn’t talking about a shot snapped on a Cingular cell phone in 2003 has to go back to getting their waterproof Kodak disposable cameras processed at Walgreens.

I mean, fucking come on. Keep up people.