You can’t see the red, white and blue of my Uncle Sam costume because I’ve been lying in the dirt, but I’m the guy that used to bark outside that marble structure on the south side of the cove. I used to walk on up to the pier and say “hey, $5 bucks gets to you an easy ticket to stand in awe of great men! C’mon, follow me!”

I was good at my job and kept the turnstiles clicking.

The museum was erected to highlight the great Presidents of the United States. Busts of each president were originally arranged in chronological order, circling round an open hall below a bronze dome. But too often someone would grumble about the effectiveness of a presidency, someone who was appreciative of the president’s accomplishments would overhear, become defensive, and before you knew it, a brawl had broken out. Some would even spit on the chiseled eyes of a president they didn’t like, and children came to this museum! They’d see their mom and dad get vicious and the kids would go to school the following Monday, ask their playmate if they’d ever vote for so and so, and if the kid didn’t answer to their liking, they’d pull their hair and kick them in the balls and when their parents came to pick them up for suspension, they would be greeted with high fives and tips on how to better maim an idiot.

So management decided to section off the museum. Democratic presidents on one side, Republican presidents on the other. In between were benches and bushes. It worked well at first, each party would stick to their own side, running their hands over the perfect rendition of their favorite elected official’s face. The benches would often go unused on any given day. But the structure was small. You could look across at the other side and see the people who voted against your candidates fawning over a face you found repulsive and it would piss you off. Slurs were shouted across the way, and it would echo. People started venturing to the middle space, sneaking over and peeing in the bushes that were technically on your opponent’s side, sometimes it would escalate and a patron would take a shit on a bench that was technically on your side.

This middle area wasn’t much different than, say, a football stadium. Like fans in the stands adorned with the colors of their team, taunting and braying would often becoming deafening. Arguments would continue in the parking lot, but like a loud rock concert without ear protection, one couldn’t quite hear what the other was saying. Just by seeing a contorted face and moving lips, you knew you should be pissed off even if you couldn’t quite tell what was being said. Sometimes a patron would be run over intentionally while going to their car, and the perpetrating vehicle would speed off, pennant flapping to horn honks of delight.

A glass partition was erected in the middle space to better separate the two parties. It was tinted so you couldn’t see into the other side, but that didn’t stop the occasional person from confusing their reflection for someone making a mockery of them and shouting would once again flare up. The glass wasn’t sound proof, and one day there was such an uproar, the echoes so blaring, that the glass started vibrating at a frequency it wasn’t able to withstand, and it shattered. Glass rained down, cutting faces, and for an unlucky three, their carotid arteries were sliced and blood drained, forming dark red puddles.

The pantheon was shut down after that incident. As a loyal employee, I tried to clean up the mess, sweep up the glass, mop up the stains, to at least preserve a beautiful building that once had a grand purpose. Maybe in quiet abandonment the presidential heads could finally relax into the peace of an intended honor.

I didn’t last long into cleanup that night after the last person was rolled away in a stretcher. Sometimes an energy sticks to a place, can’t shake itself from its walls. I could swear I’d hear someone hiss in my ear, see a vulgar gesture out of the corner of my eye, which would vanish when I’d look over. I went home for the night and tried to get back to clean up the next day, when sunlight would fill the great hall, but clouds darkened the place. I’d hear footsteps crunching on the glass around me even though I looked around at emptiness. Sometimes the crunching would be at such a fast pace, getting closer, it seemed like someone was running at me. I’d brace myself to be pushed down on the glass. I could feel the puff of a cold breath inches from my face. Something was ready to pounce.

I ran out of there, gave up on it. That place didn’t want to be picked up after. The anger that was left behind is too potent to ever dissolve. I hear about teenagers breaking in there at night, seeing shadows, experiencing a sudden sensation of not being able to breathe. Some even tell of feeling as though a lit match was pressed against their flesh. A foul smell would surround them; they’d accuse each other of shitting one’s pants, and when no one confessed, realized it was the wafting of something malevolent.

I’ll take you up there and show it to you but I won’t stay long. I’ll probably wait outside, just beyond the gates of the overgrown parking lot where you might still hear unseen tires squealing, the bump of a body, and faint cheers unfitting to accompany harm. 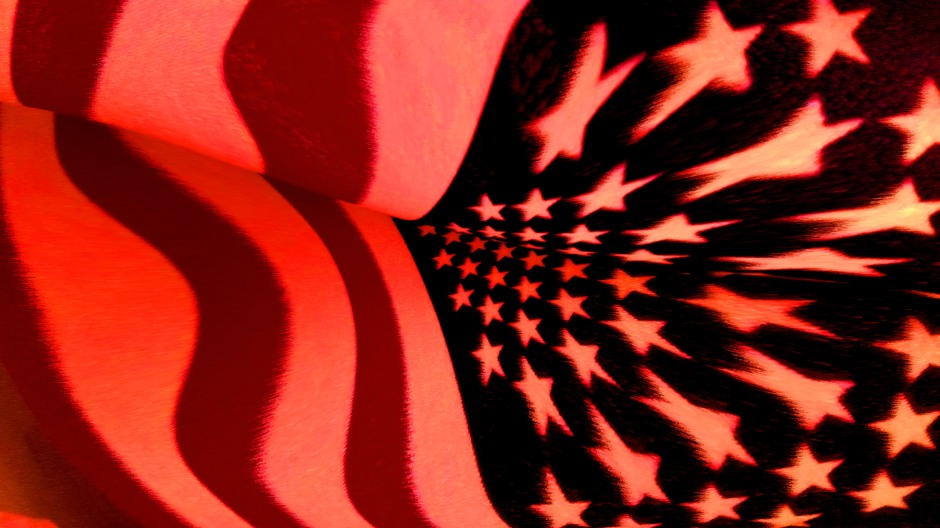