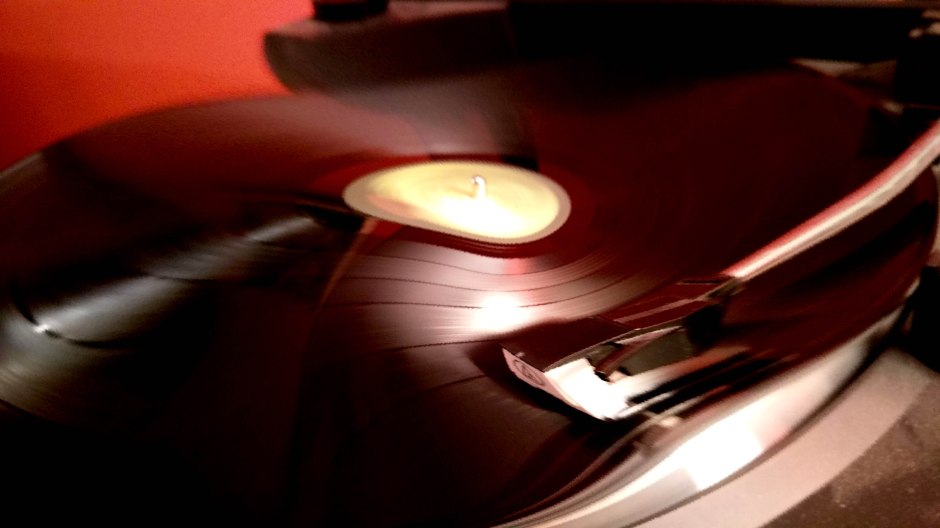 Recently I turned 33, so I figured it was appropriate to have a few friends over, drink the appropriate beverages – whiskey, wine, stouts – and listen to albums on vinyl, the LP (long-playing) size, with a speed of 33 1/3 RPM (revolutions per minute). As it got into the wee hours of the night, my friends were in cabs on their way back home, my fiancé asleep in the bedroom, and I was still sitting in the living room, continuing to enjoy the scratchy tunes, drinking a few more glasses of whiskey. I thought about how my birthdays seemed to decline as joyous occasions up until I reached the age of 29, then rebounded in the years after, back to a progression of what I’d deem more and more enjoyable each year.

The age of 29 is fixed as probably my least favorite year. I was working a commission plus residuals only sales job and learning that credit card processing services had a long sales cycle, slim profit margin, and steep competition. The commission plus residuals only compensation structure wasn’t working out for my bank account, and I found my credit card balances on 6 different credit cards continued to inch toward maxed out as I tried to keep up with bills and tried to close deals. I wasn’t getting much writing done because I spent my evenings trying to find a different job. I was in a live-in relationship at the time where it was palpable my partner and I were growing apart. There seemed to be a vacuum between us that muted an interest in each other’s day-to-day to the point that we were lone voyagers with parallel lives. And the hangovers suddenly got terrible; there were a few occasions I couldn’t keep water down until well past 5 in the evening the next day.

In the years after, I learned I wasn’t alone in having a shitty year at 29. There seems to be a heavy astrological phase known as the Saturn return. Every 29 years Saturn completes its revolution around the Sun, and supposedly when it returns to the position it was at during the time of your birth, you’re rumbled into a point of personal crisis; a destructive environment in which rebirth is possible.

What seemed to ooze up and overwhelm me during that year was a state of fear. I of course had my financial concerns, and I was afraid that the girl I considered my family would ask me to move out at any moment, but what also darkened and chilled my day-to-day was a crippling trepidation of my clients. Given that the workday takes up the largest fraction of our waking life, it’s easy for professional uncertainties to dominate and bleed into other worries.

The problem with the credit card industry is the fee structure is complicated, and you’re often rushed out to drum up business before you really understand it. One of my first clients was Jonny, the owner of a Chinese restaurant. After a few months of using my company, he realized I had misquoted him in our savings projection. He called me in a seething rage, my integrity was in question, my karma was threatened, and I couldn’t feel worse about myself. Soon after that, I made another error – well, in all honesty the formula in my Excel spreadsheet did – this time it was noticed in the proposal phase and when I offered to correct the figures, the prospect told me not to bother, he wouldn’t even trust me to go the store for him to buy gum. And with those words I wasn’t so sure I trusted myself anymore to do such a task. From that point on I became a fastidious proofreader of quotes and over explainer of the 200 plus interchange categories imposed by Visa and Mastercard for credit card acceptance, the different ways to simplify and bucket those and which would be most beneficial for different industry types. The care I put into educating didn’t necessarily equate to more clients, in fact it seemed to scare, which infected me back and the few clients I could win over I walked on eggshells around, cowered and winced during any follow up contact. As I made cold calls, it wasn’t the rejection that was getting to me, I was petrified that at any moment, I might receive an inbound call, a bark about some bad surprises in a bill, an insinuation that I’m shady. And this would have to sit in my gut and I’d rake in no financial reward for facing such fire. Due to numerous changes here and there to our compensation structure, there were several accounts I made no residuals on, but still remained point person for service issues. The only thing I had to gain was maintaining my reputation, to keep my name from being mentioned in scathing review of our company on Yelp. I found it harder to maintain a thick skin, compared to say working in a general call center or help desk. It’s much more personal when you’re the one who’s responsible for roping the customer into the situation.

It was difficult to shake the image of myself as an ineffectual businessman, but it was crystallizing. The withering of my backbone made me into a deadbeat bore and friendships started to fall flat. As the ringed planet rounded out its orbit, it was as if the record stopped playing, and for what seemed like an eternal moment, I was stuck in its silence before the next record was selected and the needle was set back down. But sometimes it takes your guts getting tied up in knots to develop said guts in the first place, so the rewiring of steadier nerves can follow in due time and allow you to take ownership of any problem presented, despite the lack of a payoff.

Sipping my whiskey the other night, as a new day rolled in, I greeted it and I realized the new record has been vibrating a good groove for several years now, and there are more records lined up to throw on right after it. At 33 I find myself with a plethora of things to look forward to again. In less than 40 days I will be a married man. Some people have asked me if I’m nervous. The answer is no. I couldn’t be more confident of a choice, of a companionship that is too warm for fear to exist. The fear that used to consume me, possibly a fear of existence itself, or of a comment that if interpreted to an extreme might suggest the world would be better off if I didn’t exist, was quick to melt when I met the girl who will soon be my wife. At the time when jittery was my mode of operating, there were probably nights too, where I was sitting alone in the dark, drinking spirits, listening to The Best of the Animals on vinyl, the track “We Gotta Get Out of this Place” spinning, seeping into my subconscious, howling as a bit of advice. I’m glad I listened. I’m glad I was able to get out of that place. When rigidity commanded by anxiety is relinquished, a remarkable revolving resumes. Things start to move a little smoother if you get off at the right exit, merge onto a better lit road and take the 33 back from Saturn.